The City of Round Rock’s Play for All Park Expansion as been selected as a regional finalist for the 2018 Chick-fil-A Foundation True Inspiration Awards. Voting is open nationwide via the Chick-fil-A One app to help secure a $75,000 grant to support the park expansion! Voting ends on October 21, 2017. Download the Chick-fil-a ONE app and vote now! Residents my go to the Apple App Store or the Google Play Store and download the Chick-fil-A One app. Residents then register their name and email, scroll to the True Inspiration Awards section, select the Southwest Region, then cast their vote for the Play for All Expansion.

Residents also earn Double Treats progress on their next purchase at Chick-fil-A. Park goers or Play for All supporters can help make dreams come true for the children of Central Texas by voting for the Play for All expansion now. Voting takes place until 10/21/2017 and the winner will be announced in late October.

All the Greater Austin Chick-fil-A restaurants are a proud sponsor of the Play for All Park Expansion.

On March 3, 2012, the original Play for All Park opened with a community-wide celebration. After 5 years in the making, Central Texas Children of all abilities had a one of a kind park to play side by side without limitations. Making the park a reality has truly was a community-wide effort and a dream come true for the children of Central Texas and children across the nation.

The original park was made possible with the help from t he entire community. The City was able to build a 1.3-million-dollar park for $600,000 in City funding with the help of the Play for All Foundation a non-profit organization, as well as awarded grants, in-kind donations and sponsorships from local businesses.

The park has truly become a treasure and from opening day, millions have visited the park from Central Texas and across the nation. Throughout the year, children are bussed in from surrounding communities to enjoy this one of a kind park. The need and love of this park has far surpassed expectations and construction has already begun on the expansion. forces again to expand the Play for All Park. After hosting several community input meetings, plans are in place to take the Play for All Park to the next level by doubling the size of the current park by creating 3 additional themed play spaces and expanding 4 current play spaces. The construction process began early summer of 2017 with the completion date of fall 2017.

The non-profit Play for All Foundation has raised close to $500,000 for the park expansion. Local businesses and several local service clubs have contributed to the park making the expansion a reality. The fundraising process will continue throughout the construction process. Donations of any amount to the Play for All Park Expansion can be made at www.play4all.org.

Community groups and lead sponsors for the Play for All Expansion include: Nyle Maxwell Family 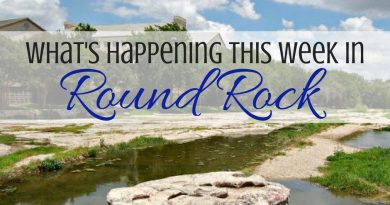