April 17, 2013 Rebecca Darling 5767 Views 3 Comments Fun in the Rock
On Tuesday, April 16, 2013, the Huggies brand was back in town!  As you recall, last October, Huggies took Round Rock by storm filming 5 commercials.  They were back this week to preview those commercials for an audience made up of the “stars” and their families at Flix Brewhouse.  Hosted by Giuliana Rancic of E! Entertainment, it was a fun atmosphere and everyone was thrilled to see their adorable kiddos on the big screen. 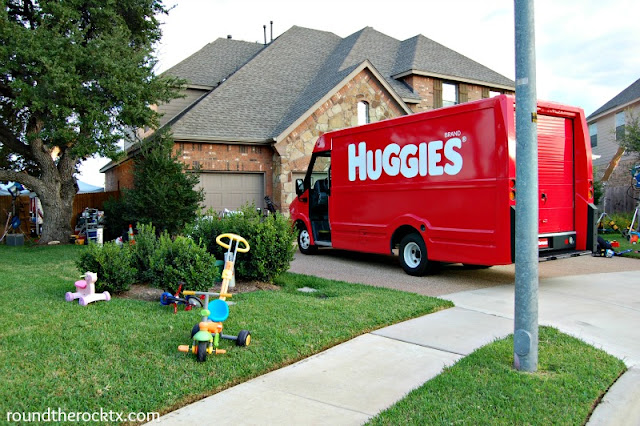 But none no prouder than this momma.  My baby wasn’t the kind that smiles, laughs, and makes messes.  And it certainly didn’t wear diapers.  My claim to fame is now the “house that the Huggies commercial was filmed in.”  Yep.  And proud of it. 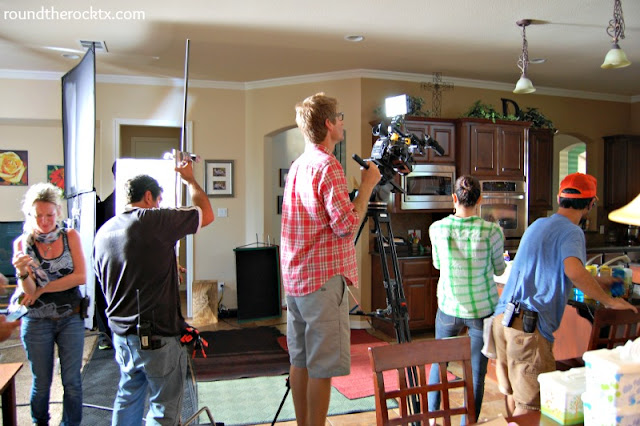 I was thrilled to be asked to have the commercials filmed in our home.  And looking back, it was a pretty cool experience.  My neighbors might have a different story and if you talked to me back in October, I may have had told you it was “a lot”. But seeing your house pop up in different places in these commercials is pretty darn cool. 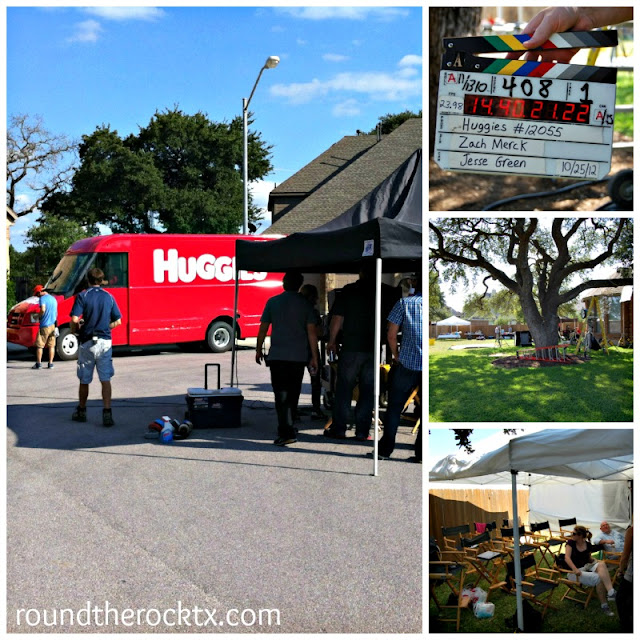 The whole experience lasted about a week.  A crew came in a few days before filming to “redecorate” the rooms.  Within a day, all my bedrooms had been turned into nurseries and my living room looked better than it ever had before.  It was most shocking for my kids, who came home from school to entirely different bedrooms – especially my 10 year old son.  His grey-walled Star Wars room was a cotton candy pink!

We steered clear of the filming that week – especially when they were filming the babies sleeping, which went late into the night.  But by the next day, everything was re-painted and rooms were back to normal, as if it had never happened.

The premiere party was adorable – with finger painting, a photo wall, and the very sweet Mrs. Rancic hosting.  She met with everyone and gushed over all the sweet babies! 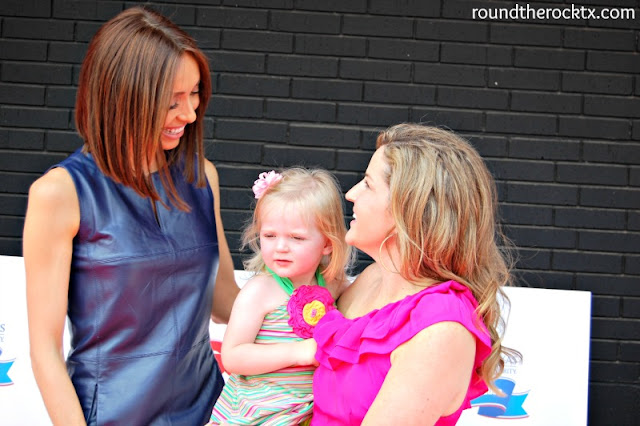 There are a total of 5 commercials that Huggies will be airing starting now – they all start with the Huggies trucks pulling into Round Rock – you can’t miss them.

Three of the commercials promote Huggies Snug & Dry – Will Huggies diapers hold up to busy sleepers (#1), a rough & tumble play date at the park (#2 – filmed at Old Settlers Park) and a baby yoga class (#3- filmed at The Yoga Room).  The other two commercials highlight the Huggies wipes with triple clean layers – will they clean up a mess with triplets (#4) and a first birthday party (#5).

The coolest thing about these commercials is that they all star Round Rock families – filmed here in Round Rock – even used local set designers, makeup, production assistants, and food services.  AND Huggies donated all the left over diapers and wipes they had from the commercial shoot to the Round Rock Serving Center.

And just yesterday, the Huggies brand again gave back to Round Rock, in the form of 100,000 diapers given to the Round Rock Serving Center in celebration of the 100th birthday!  Here is a fun clip of the premiere party and the donation with Giuliana Rancic:

So watch out for those commercials and be proud of the fun city we live in!! 50+ IDEAS FOR BEING HOME WITH KIDS