Anyone in the mood for a concert?? The Cedar Park Center has 2 upcoming concerts – Perry on Friday, April 22, 2016 and the Enchanted Rock Fest on Sunday, April 24, 2016.  And they are letting me throw a giveaway for a pair of tickets to each concert!!

The Cedar Park Center brings 2 really great concerts to the area next weekend.

Cedar Park Center and Central Texas‑based H‑E‑B, one of the nation’s largest regional grocery retailers with more than 370 stores in Texas and Mexico, announced today that H-E-B is the presenting partner of The Band Perry on April 22nd.

GRAMMY® Award-winning sibling trio The Band Perry has proven an unstoppable presence in music, matching their major critical acclaim with massive mainstream success. The trio will perform at Cedar Park Center with Comin Home EP artist and star of E!’s Eric and Jessie: Game On, Jessie James Decker as support.

To commemorate 2016 Earth Day, H-E-B and Cedar Park Center will each donate $1 from each ticket sold for the concert to the City of Cedar Park – Parks and Recreation Department, up to $6,000.

Tickets are also on sale now at the Cedar Park Center box office, by call 800-745-3000 or order online (http://bit.ly/BandPerryRWTYM). 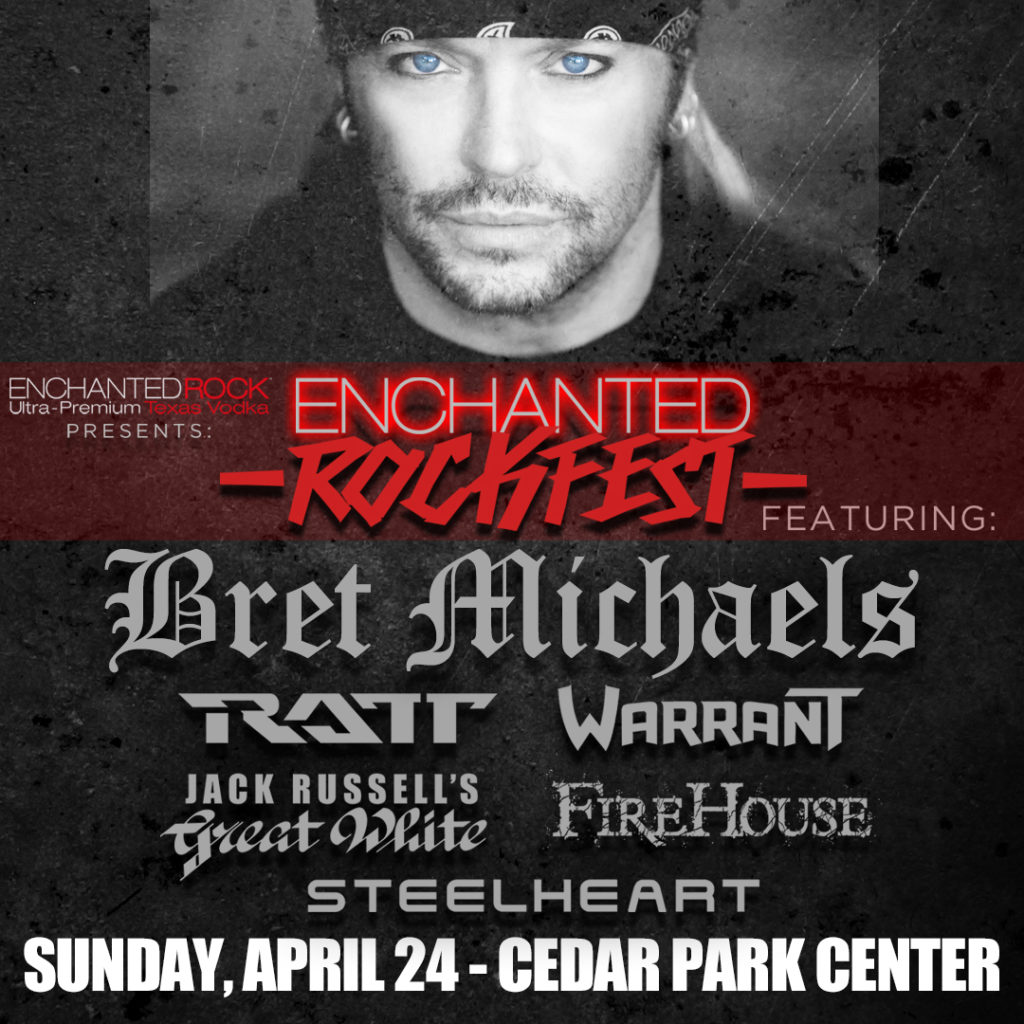 On Sunday, April 24, 2016, Enchanted Rock Fest will be rocking all evening long with a HUGE line up of classic rockers!

Bret Michaels, best known as the front man for Poison as well as for his “Rock of Love” reality show, winning “Celebrity Apprentice,” and an extensive solo career.
With millions of albums sold, scores of chart-topping hits, and three-generations of fans, this lineup of bands is sure to keep the crowd rockin’ all day with classics such as “Every Rose Has Its Thorn,” “Nothing But A Good Time,” and “Something To Believe In” (Bret Michaels), “Round and Round” (RATT), “Cherry Pie” (Warrant), “Love of a Lifetime” (FireHouse), “Once Bitten, Twice Shy” (Jack Russell’s Great White), “I’ll Never Let You Go” (Steelheart), and more!

Tickets are also on sale now at the Cedar Park Center box office, by call 800-745-3000 or order online (http://bit.ly/ERockFestRWTYM).

Parent's Night Out Concert with The Band Perry